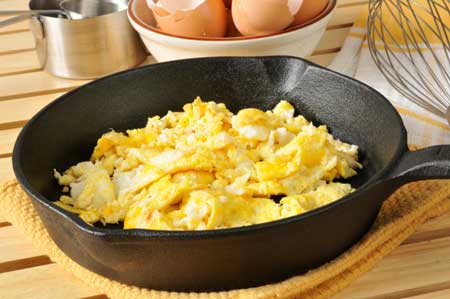 When you scramble an egg or try to get rid of the rust spots on your car, you are using the principles of chemistry. Chemistry is the study of the composition and properties of matter. Matter takes up space and has mass. Matter can exist as a solid, a liquid, or a gas. Iron, orange juice, and air are all matter. They take up space and have mass.

All matter has physical properties that our senses can detect. These include:

This lesson introduces some of the basic ideas in chemistry, beginning with the properties and states of matter.