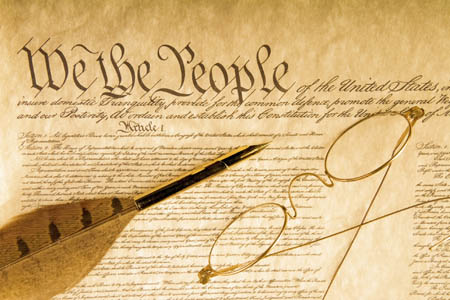 Before the Constitution was ratified, under the Articles of Confederation, the nation was a loose league of states. Each state governed itself almost independently. The central government itself held little power.

The framers of the Constitution also divided power among the legislative, executive, and judicial branches of the federal government. They set up the government to make sure that each branch cannot abuse the power it has. Thus each branch of government has the power to check the actions of the other branches. (In this context, the word check means “to restrain” or “to hold back.”) Our government’s system of power sharing is called checks and balances.

In the lesson, you will learn more about how the checks and balances system of power sharing works at the national, state, and local level.